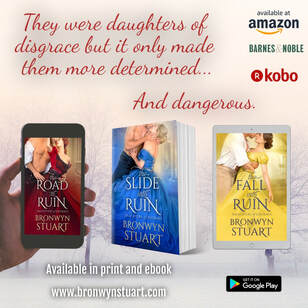 Hi there! Thanks for dropping in!

While 2020 has been a dumpster fire of epic proportions for special events, family get-togethers and jobs in general, like most writers, I've been busy!! Lockdowns and isolation = more words and more books! Check out my new series, Downunder Ink - A hot contemporary romance trilogy.


Book 1 in the Daughters of Disgrace series, The Road to Ruin was re-released by Tule Publishing and can be found anywhere  good books are sold in e and print form! Book 2, The Slide into Ruin is available now and has received a starred review from Publishers Weekly (see below)!

Publishers Weekly says - 'Stuart (She’s the One) launches her Daughters of Disgrace Regency series with a swashbuckling tale of pirates, scandal, and kidnapping. Stuart’s series is off to a promising start.'


Scandal's Mistress has released on Kindle and Kindle Unlimited! It is also available in print so checkout your local etailer to order.

Blind Passion is a book I've had sitting on my hard-drive for waaay too long and is also available via Kindle (ebook only). This one is a forced proximity, romantic suspense with dark themes and comes with a content warning.

Run is book 1 of a brand new series I'm working on called Downunder Ink and follows three sisters, one of whom owns a tattoo studio, and the men who shake up their worlds! This is a very hot series of novella length stories and also comes with a content warning. Each book can stand alone but I don't spend too much time reintroducing characters so they are best read in order...
Fast, hot and intended to be read after dark. 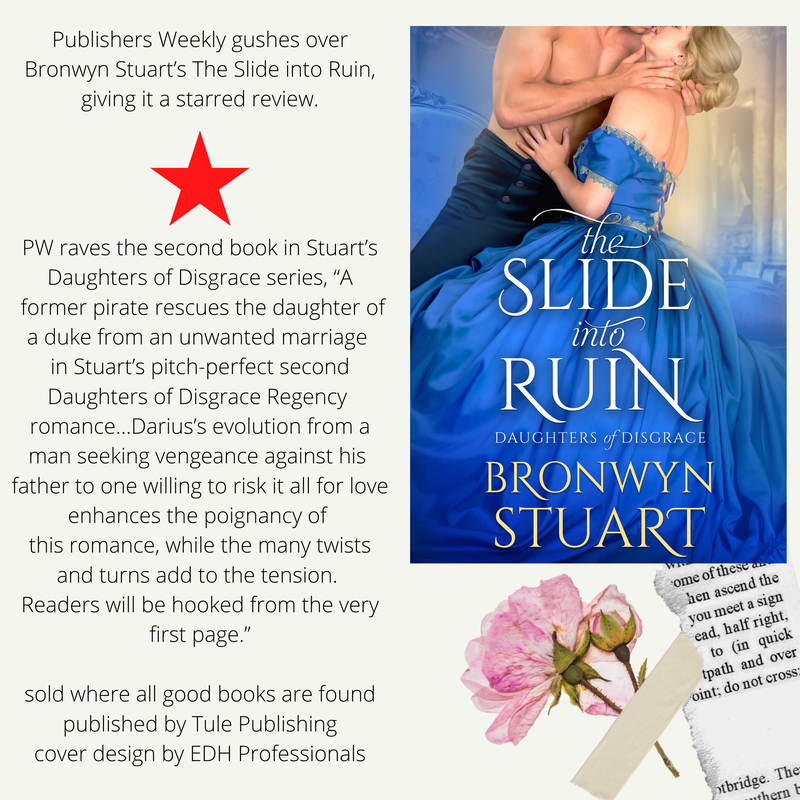 I write gritty historical romance with a bit more of a modern style.
You'll get the flavour of the Regency times but won't need a dictionary to enjoy the love story.
All of my stories have an aristocratic or titled hero but so far my heroines have been an opera singer, a courtesan and the daughter of a pirate. You didn't need to be a titled member of the ton to turn it on it's ear!


If you want to drop me a line sometime you can get me at;   bronwyn at bronwynstuart dot com

I will answer every email as long as they don't contain attachments.

I will be blogging whenever the mood strikes about anything and everything so be sure to check it out.
Hit the Blog page and see what I'm up too.

If you want to find me on facebook, I'm there as a fanpage - Bronwyn Stuart Romance Author.
And on Twitter  @bronwynstuart

Signup for news and special offers!