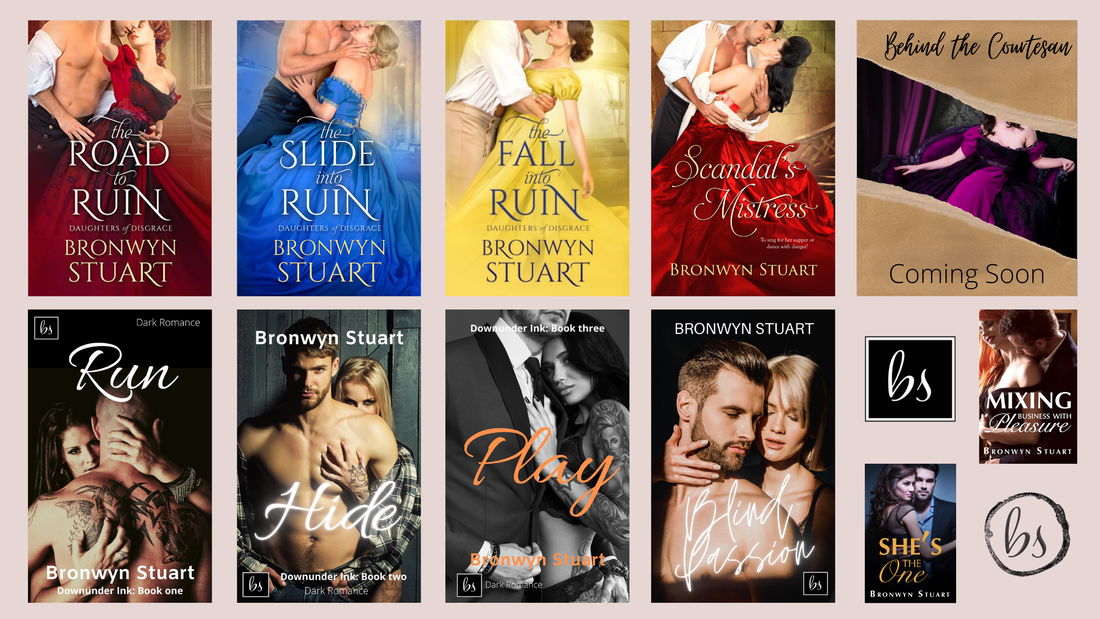 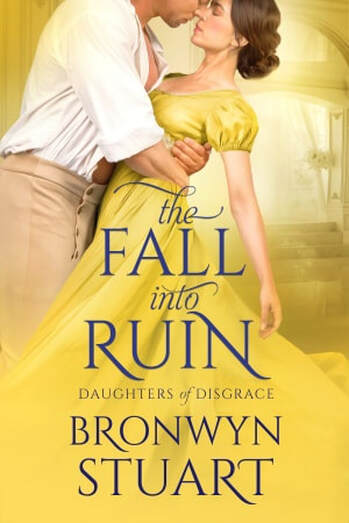 When her double life catches up with her, she must use all of her wits to survive.

Craving freedom and adventure, Rose Clairmont is far more interested in operating her secret smuggling activities at her father’s estate than looking for a respectable husband. So when a handsome man with ties to piracy stumbles over her during her debutante ball, Rose congratulates herself on being ruined and expects to be sent home in disgrace...until he agrees to marry her.

Forever besmirched by his father’s pirate reputation, Anthony Germaine wishes to uphold the law as a Bow Street Runner. When he sneaks into a ball hoping to join, he’s tossed out and falls on a woman hiding in the garden. Society is abuzz and Anthony, despite his roots, is a gentleman. But when he visits her estate to court his bride-to-be, he realizes there’s more to Rose than meets the eye. And she’s in danger.

Suddenly, playing it safe no longer appeals and Anthony contemplates an adventure that will prove as dangerous to his life as it is to his heart

Full set of buy links for print and ebook here 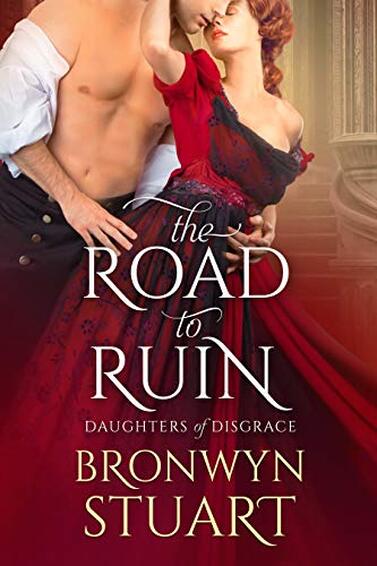 When scandal surpasses discretion…
James Trelissick, Marquis of Lasterton, will do anything to free his mother and sister from a notorious pirate. Their disappearance threatens his sister’s reputation and future. Desperate after months of fruitless searching, he disguises himself as a servant for the pirate’s daughter and kidnaps her, intending to exchange the hoyden for his beloved family.
Daniella Germaine’s only wish is to be back on the deck of her father’s pirate ship, the wind in her hair and adventure on the horizon. But her father foisted her off on her brother to join London’s marriage market and find a husband. To prove herself unmarriageable, Daniella hurls herself into scandal after scandal only to be ‘rescued’ by her handsome but disapproving coachman who takes his protection duties far too seriously for her agenda.
When the rescue turns into a hostage swap, Daniella finds herself knee-deep in intrigue and adventure that could prove as deadly to her heart as it is to her life.

'A feisty, sexy historical novel of daring, lust, and finding love in the most unlikely places.'

This book will be available in print closer to the release date.

Publishers Weekly says, 'Stuart (She’s the One) launches her Daughters of Disgrace Regency series with a swashbuckling tale of pirates, scandal, and kidnapping. When Daniella Germaine’s father, a notorious pirate, kicks her off of his ship, the Aurora, she resorts to outrageous behavior to recapture his attention and get herself re-instated in his crew. Her plan is to auction off her virginity, sparing herself from any real danger by planting her brother’s friend Pendleton in the crowd to pretend to purchase it. But then James Trelissick, the Marquess of Lasterton, outbids him. James believes Daniella’s father captured his mother and sister when they were at sea and hopes to use Daniella as a bargaining chip to ensure their safety, but he is unprepared for her beauty, intelligence, and stubborn independence. They travel to Scotland to find Daniella’s father, but the journey is fraught with danger as they are set upon by highwaymen and pirates. James is a flawed but believable hero whose change of heart as he learns to value Daniella’s rebellious spirit is gratifying to witness, while Daniella’s recklessness belies her endearing vulnerability. Stuart’s series is off to a promising start.' 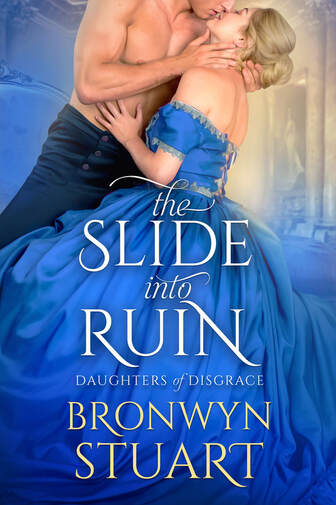 He came to collect a debt. He left with a wife.

Darius may be an ex-pirate and nameless bastard, but his word is his bond and damsels in distress are his weakness. In order to collect a large debt and rebuild his lost fortune, Darius takes Eliza Penfold as his wife. It’s supposed to be a marriage of convenience, not passion. But from their first encounter, she stirs his blood like no other and Darius wonders if he can truly leave her behind.
Deceived into a marriage contract with a dangerous man, Eliza is forced to admit she and her siblings need protection. She needs to let go of her wounded pride and flawed schemes if she’s to survive. But when her protector is a vengeful pirate running a scheme of his own, she may be getting far more trouble than help.
They’re both hiding something and when one of England’s most notorious and vicious criminals comes to call, lives will be in danger and loyalties will be put to the ultimate test…

Pre-order your digital copy here.
Print copies will be available at a later date.


The Publishers Weekly starred review reads like a fairy tale for an author!
'A former pirate rescues the daughter of a duke from an unwanted marriage in Stuart’s pitch-perfect second Daughters of Disgrace Regency romance (after The Road to Ruin). When Jonathan Meddington, the bastard son of the Earl of Wickham, was shipped away from England by his cruel father, he reinvented himself as the pirate Darius. Now Darius plans to go legitimate, becoming a captain for a Boston trading company owned by Deklin Montrose. Montrose sends Darius back to England for the first time in years to collect money owed the company by three powerful men, one of whom is the Duke of Penfold, whose beautiful daughter, Eliza, soon catches Darius’s eye. When Darius learns that the duke is dead and that Darius’s half-brother, Harold, the Earl of Wickham’s dastardly legitimate son, plans to trap Eliza into marriage for her dowry, he proposes to her himself to protect her from falling into Harold’s clutches. She agrees, but the purely practical reasons for their marriage are complicated by their mutual attraction and slow-building trust. Darius’s evolution from a man seeking vengeance against his father to one willing to risk it all for love enhances the poignancy of this romance, while the many twists and turns add to the tension. Readers will be hooked from the very first page. Agent: Moe Ferrera, BookEnds.'

To sing for her supper, or dance with danger?
When Carmalina's voice fails it's either prostitution or the poor house for the foreign singer but when the epitome of scandal offers her a third alternative, will she be brave enough to take it?


Justin Trentham, third son of the Earl of Billington, is determined to get himself disowned from his cold and unloving family. Despite his numerous affairs with questionable women of the ton, his parents continue to be dismissive of his ploys, but Justin spots the perfect scandal in the form of a beautiful, exotic Italian opera singer...

Carmalina Belluccini refuses to become his mistress, despite being tempted by his charms. But after losing her singing voice, she finds herself destitute. She agrees to be Justin's mistress for one month, until she has enough money to return to her beloved Italy.

She intends to keep their arrangement strictly business, but after witnessing Justin's vulnerable side, she finds herself falling more in love than in lust with him. Carmalina is having second thoughts about leaving England...but is their love strong enough to survive the scandal of the season?

Check it out on Amazon! 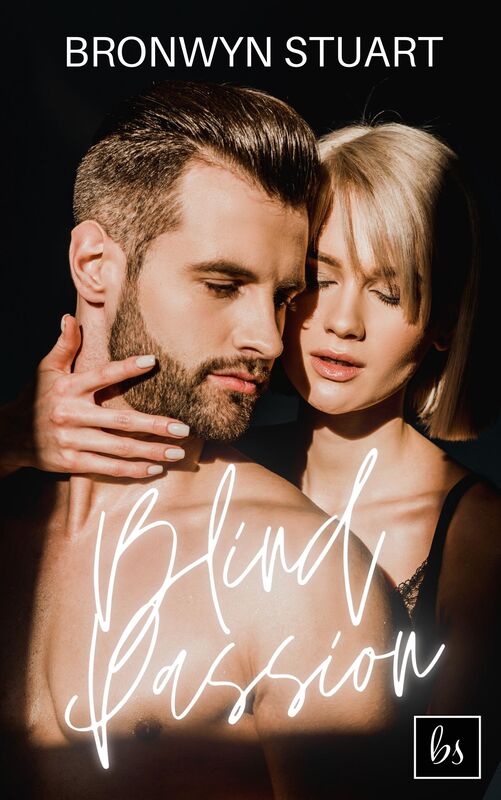 She's needs anonymity and he needs a live-in nurse...
(A close proximity romance with dark themes)

When Brandan is blinded in a workplace accident during a nurse's strike, he needs a live-in carer to see his every need. Little did he know his vacationing flight attendant would meet the brief. And more!

Sophie's 'holiday' is really a good excuse for being out of town while her jail-bird husband appeals a long sentence for stalking and beating his estranged wife. She doesn't expect the instant attraction that sizzles between her and a spoilt American billionaire bachelor. Maybe the universe is telling her to have some fun for once?

Until her phone rings with devastating news that will put her new relationship, and her very life, at risk.


Available now on Kindle and free on KU 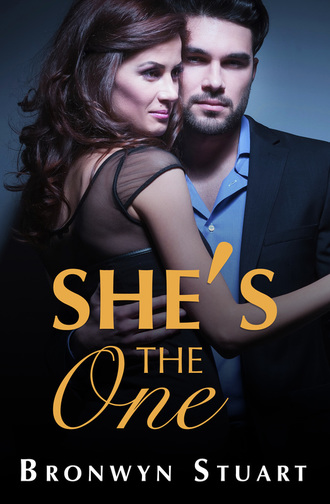 Billionaire Banjo Grahams originally signed up for The Bachelor drunk as a skunk and willing to do anything to bed Australia’s most beautiful women but when he sobers up he realises he could lose his entire fortune and more of he goes through with it. Unable to back out of an ironclad contract, he makes a deal with the network boss to rig the show, picking the lucky bachelorette ahead of time and guiding the season to meet his own ends and keep the board happy.

But Eliza Peterson has other plans for the spoilt playboy. When her father tells her she isn’t going to produce The Bachelor but appear as a one of the girls, she is livid that he is still treating her like an intern. She wants his respect, or even his notice, and plans to go along with the show with her dignity intact to prove to her father that she is worth something, not only to the network, but to him. 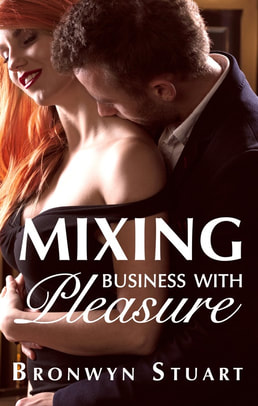 What's a girl to do when she finds herself naked except for her stilettos and backed up against a cold mirror, stuck between a rock and a very hard man?

Blurb: Alison Marcum loves her baby brother and would have done anything for him--until the day his loan sharks arrive on her doorstep and demand she pay them ten thousand dollars or else.

With no way to repay the money, and not wanting to find out what they’re capable of, Alison transforms herself from boring social worker to smoking hot model--but getting work isn’t going to be the hard part for a woman who’d promised herself never to step in front of a camera again.
Sam Mason is overseeing a jewellery advertising campaign, and after spending ten minutes in the boardroom with a nearly naked Alison, he decides he might actually enjoy the job. Strictly business, though. Sam’s been burned by a model before and no matter how attracted he is, there’s no way he’s getting involved.
As the lies begin to unravel and the loan sharks get impatient, will they both risk it all to be together or lose it all in a bid not to repeat the past?

This is my first contemporary romance so I hope you love it :)

Currently unavailable until the re-release in 2021.

When courtesan Sophia Martin returns to the village she fled as a young woman, she knows it won't be a happy reunion—but she can't refuse her brother's request to attend his expectant wife. Trapped until the baby arrives, she must navigate the social rift she caused when she left to pursue a disreputable life—and keep the true reason for her departure from the man she once loved, the bastard son of the Duke who ruined her.

Blake Vale has never forgotten Sophia, but he can't accept the decisions she made, the courtesan's life she leads, or the fact she's cast aside her true self. Plain old Sophia has to be inside this hardened woman somewhere, and he's determined to make her see she doesn't need rich men to be happy, and that their future has nothing to do with the past.

When the dukedom suddenly falls within his reach, Blake must come to terms with his own past and his birthright, and what that means for his future…and Sophia.